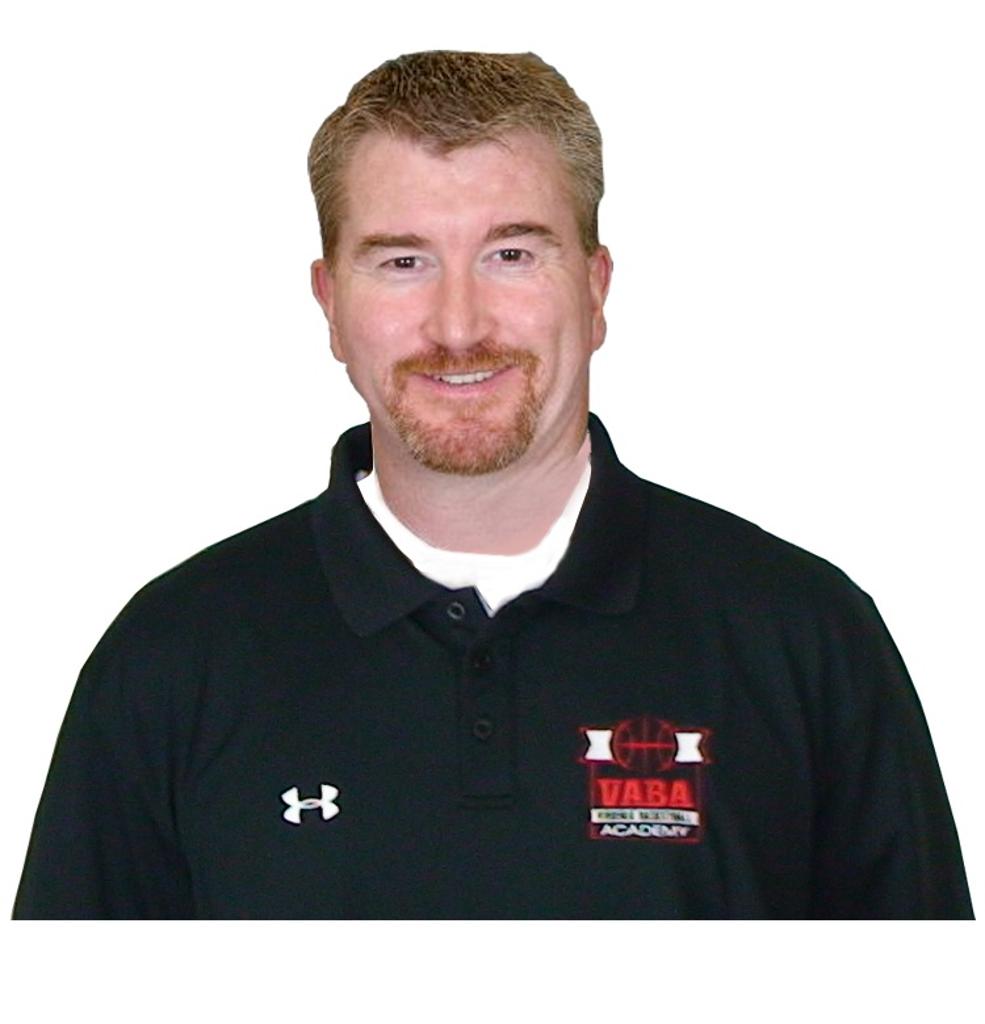 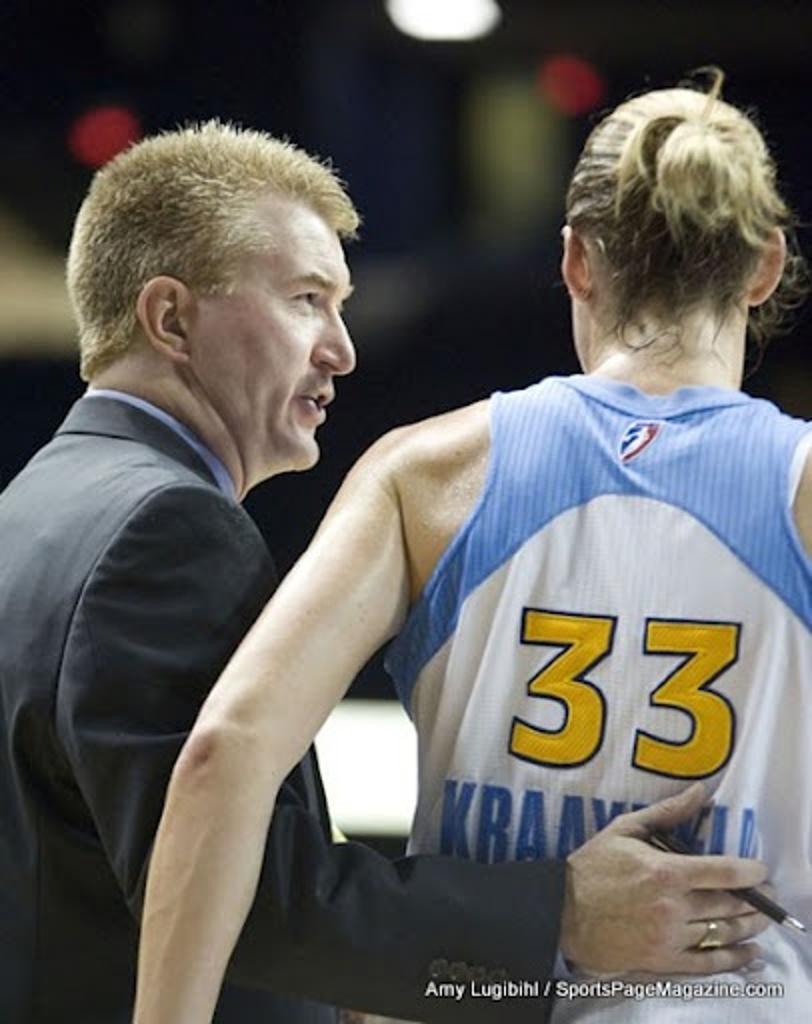 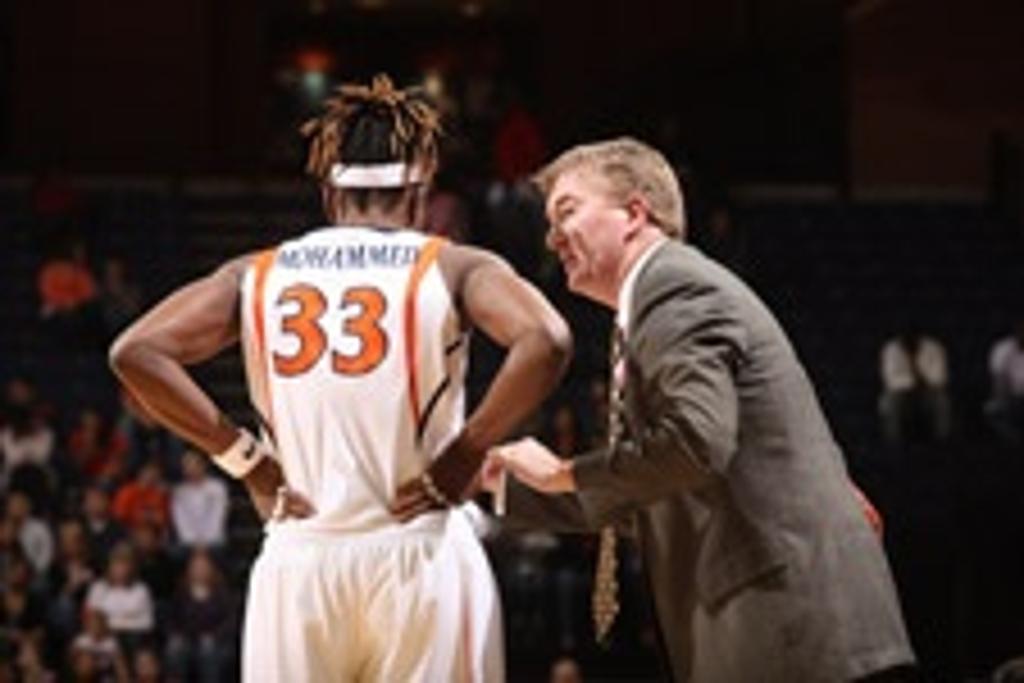 Jeff House has spent 27 years involved in coaching basketball, his entire professional life and 59% of his entire life. To say he is a “basketball-lifer” would be an understatement. Currently the assistant coach for the Chicago Sky, House helped Pokey Chatman lay the foundation for perhaps the organizations best season ever. In working directly with the Sky frontcourt House added 3 more All-Stars to his list of the 16 WNBA All-Stars and major award winners he’s helped during his career. House helped USA National Team center Sylvia Fowles become only the second player in WNBA history to average 20 points and 10 rebounds in a season. Also, with Chatman in Russia during the WNBA off-season, House leads the player personnel charge here is the U.S. This off-season the Sky made arguably the most and finest moves around the WNBA acquiring All-Star and WNBA Champions Swin Cash, Ticha Penicheiro, Ruth Riley and Le’Coe Willingham, without giving up a single WNBA player.

As an assistant coach for the University of Virginia from 2005 - 09 House helped Debbie Ryan re-establish the Cavaliers into one of the Nation’s Elite women’s collegiate basketball programs, consistently ranked among the Nation’s Top 25-30 teams. As the programs’ recruiting coordinator House’s recruiting classes were ranked #10 (2008), #3 (2009) and #14 (2010) nationally by multiple national recruiting services including Blue Star Report, All Star Girl’s Report and Collegiate Girl’s Basketball Report. His additional responsibilities included recruiting, opponent scouting, player development, on-court instruction, program system development and practice & game preparation. House joined the Cavaliers after more than 20 seasons of coaching basketball, including seven seasons with the New York Liberty and one year as the top assistant coach with the WNBA’s Washington Mystics with Richie Adubato prior to moving to Charlottesville.

In New York he was instrumental in the team’s run to the 1999, 2000, and 2002 WNBA Eastern Conference Championships, 4 appearances in the Eastern Conference Championship series, 3 WNBA All-Star Team coaching appearances and 3 appearances in the WNBA finals. House initially joined the Liberty in 1998 as the video coordinator and advance scout after spending the 1997-98 season as a member of the New York Knicks game night video staff.

House played basketball at Nazareth College (Rochester, NY) before suffering a career-ending injury. While he was an undergraduate he immediately jumped into the coaching realm, beginning his coaching career at McQuaid Jesuit High School in Rochester, N.Y. At McQuaid, he served as an assistant to former Knicks and Houston Rockets head coach, now ESPN and TNT analyst, Jeff Van Gundy in 1985. In 1986, House was a key component to McQuaid’s run to the Class B, Section 5 New York State Championship. After McQuaid’s championship run, House moved into the collegiate coaching ranks as the top assistant on Kevin Moore’s Elmira College staff. During his year with the Soaring Eagles, Elmira made its only trip to the ECAC championship game and finished with a 21-7 record. Recruiting 11 players for the following fall, House helped to secure Elmira’s future success and played a major role into the Soaring Eagles All-Time record book.

A 1987 graduate of Nazareth College, House earned a bachelor’s degree in art education. He also received a master’s degree in teaching, guidance and counseling from Jacksonville University in 1991.

House spent the next decade honing his skills as an assistant men’s coach, including four seasons (1988-91) at the University of Lowell as an assistant to former Miami Heat and current Orlando Magic head coach Stan Van Gundy, two seasons in Jacksonville University as an assistant coach with Matt Kilcullen and following the receipt of his master’s degree, four seasons (1992-95) as an assistant coach at Rutgers University during their transition into the Big East Conference with Bob Wenzel. While at Rutgers in 1995, House served as head coach for the People-to-People Sports Holland All-Star Tour. He directed a combination of Big East, Atlantic 10, and Big Ten All-Stars to a 6-1 record, losing only to Holland’s National Champions.

House is also an active member in the community. In 2011-12, he helped direct the Virginia Basketball Academy in the role of Junior Basketball League Director.  While in New York, House worked closely with the Cheering For Children Foundation and The After School Corporation (TASC). He has also served as a regional presenter and coaching instructor for the New Jersey Special Olympics. House participated with the WNBA Read to Achieve program and the Junior WNBA/NBA coaching clinics.

House and his wife Ann Leonard-House, the former head women’s volleyball coach at UMass-Lowell and Rutgers University, have two children: a daughter Elizabeth and a son Thomas.